Motoric cognitive syndrome is a newly described pre-dementia syndrome characterized by slow gait and cognitive complaints. Motoric Cognitive Risk Syndrome or MCR is a clinical approach to identify older adults who are at risk of converting to dementia. However, being diagnosed with MCR does not automatically mean that one has dementia but is indicative of being well on the way towards it.

Motoric cognitive risk (MCR) syndrome is a fairly new ‘predementia assessment.’ It is characterized by cognitive complaints such as slow gait that are simple and easy to identify and assess in older adults. 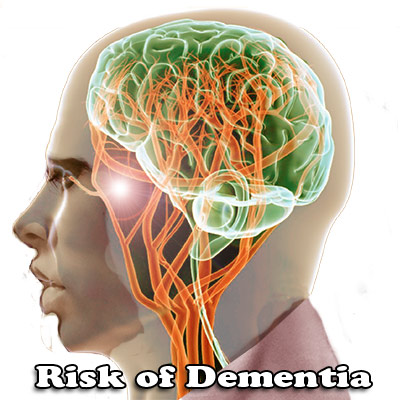 Geriatrics professor Joe Verghese involved thousands of older people from 17 different countries and after assessment published his report on the prevalence of motoric cognitive risk syndrome, newly characterized by slow walking and cognitive complaints, in several countries of the world. He also studied its association with dementia risk in the journal Neurology.

Indeed a simple test that measures how fast people walk and whether they have any cognitive issues can determine how likely they are to develop dementia, which can cause Alzheimer’s within 12 years – scientists at the Albert Einstein College of Medicine of Yeshiva University and Montefiore Medical Center opine.

Potential differences in health, behavior and lifestyle factors influence dementia risk between races in different countries. Some risk factors that can increase a person’s chance of developing one or more kinds of dementia are:

Age remains the strongest risk factor for dementia, particularly for Alzheimer’s disease. The incidence of AD doubles every 10 years after the age of 60. A number of studies have found that dementia incidence continues to increase with age after 85 years.

Identifying the early risk factors for dementia could help ward off the crippling disease, according to researchers from Albert Einstein College of Medicine and Montefiore Medical Center. Those with MCR can ward off their risk of dementia by eating right, exercising, maintaining healthy weight and engaging the brain in activity. Healthy people can also ward off dementia in much the same way.

And it was found that slowing gait combined with cognitive complaint has a greater predictive value in patients at risk for dementia than if they feature alone. Patients who had both slow gait and cognitive complaints were nearly twice as likely to develop dementia over 12 years of follow-up. The following predicted a risk of incident MCR:

The simple strategy of asking older patients if they have memory complaints and timing their walking over 8 and 10 seconds could help predict their risk for developing dementia. A walking speed slower than 1m per second which is about 2.2 miles per hour is considered slow gait and less than 0.6 m per second is considered abnormal.

As spinal fluid, imaging, bio markers and other tools for diagnosing cognitive decline are good but not very actionable for many clinicians, these simple tools as outlined above can help identify people at risk for dementia.